“To what then shall I compare the men of this generation, and what are they like? 32 They are like children who sit in the market place and call to one another, and they say, ‘We played the flute for you, and you did not dance; we sang a dirge, and you did not weep.’ 33 For John the Baptist has come eating no bread and drinking no wine, and you say, ‘He has a demon!’ 34 The Son of Man has come eating and drinking, and you say, ‘Behold, a gluttonous man and a drunkard, a friend of tax collectors and sinners!’ 35 Yet wisdom is vindicated by all her children.”


*Aside: Is there a quick way to search the Chandler series?  This was the first time I really bothered,
but it'll probably be the last if there's no other way than trial and error!
In this mini-parable, Jesus talks about His current generation and how they are responding to the message of repentance, faith, forgiveness and salvation.  They are not receiving it well.  There are only two preachers in the world at this point ~ Jesus and John the Baptist ~ and while they're both wildly popular for a time and for certain reasons, their Message is widely rejected.
And so Jesus compares the masses to bratty children playing in a deserted marketplace.  They're playing make-believe and they're playing the two largest social gatherings in any society or culture ~ a wedding and a funeral.  Nothing is happier than a wedding; nothing is sadder than a funeral.
The children first play the happy game ~ the wedding.  Two played the happy couple, one played the priest, a couple were musicians, and there was all sorts of dancing, laughing, and merry-making.  But one bratty kid maybe didn't get the part he wanted, so he sits pouting on a doorstep while the other kids are having fun.  Fine, they say, if you're not in the mood for happy, let's play funeral.  So someone is the dead guy, someone is the priest, a couple of girls are the hired mourners, and they try again to engage the pouting kid.  It doesn't work.  The kid backs further into the doorway, folds his arms across is chest, and his face gets even darker.  No matter what the group does, they cannot engage the brat because he simply refuses to play.  For whatever reason and in whatever way, things are not going the way HE wants and so he just won't play.

That's the kind of attitude Jesus is talking about here, the kind of attitude that refuses to submit and bend to the will of God, refuses to listen to the Gospel message. And then he says it's a perfect picture of how people responded to first John the Baptist and then to Himself.  John came playing the funeral game ~ he "fasted," eating only locusts and wild honey, and "mourned," proclaiming judgment to unrepentant sinners.  The religious leaders didn't like this style; they hated him and eventually turned most against him, claiming he was demon-possessed.

Then Jesus came playing wedding, feasting and drinking wine with prostitutes and tax collectors, proclaiming the grace and mercy of a reconciling God, telling stories of the glorious Kingdom of God, and the religious leaders hated that style, too.  They called Him a gluttonous drunkard and a friend of sinners.  They managed to convince the majority Jesus needed to die for that message.

So you see, it didn't matter which game was being played, you just couldn't win.  John called for fasting and was rejected.  Jesus called for feasting, and He was rejected, too.  Because the type of game, the style, was never the issue.  The TRUTH was the issue.  And when people don't like the truth, they will come up with all kinds of justifications for rejecting it.  That's how Jesus describes His generation, and, by extension, any generation that rejects the Truth.

But He concludes with an upswing and acknowledges that not ALL are spiritual brats.  Some ~ the "remnant" who heard the message and received it ~ have gained spiritual wisdom, and as a result, their faith will produce positive results.  The message will continue on through them, and many more will hear it.  Though most will reject it just as the majority did in Jesus' and John the Baptist's day, there will always be some who accept it and continue spreading the Word throughout the generations.  Wisdom's children. 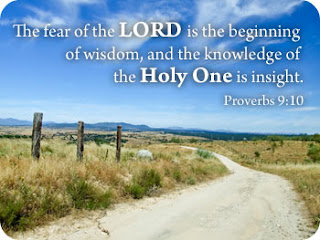 May we be true children of wisdom, and may we be recognized by our fruit.

Great post Tammi. So true that the issue wasn't the feasting or fasting, but the truth vs sin/pride.

So glad for the little ray of hope in there about the remnant. There is always a remnant.

Chandler's sermons - yeah, not the greatest for searching. Once you know where you're at, it's pretty easy to figure it out though since they go in order and all. But it sure would be easier if the sermons had the scripture reference on them!

Great post. How true that it is that it doesn't matter what game is played because you just can't win.