Now Herod the tetrarch heard of all that was happening; and he was greatly perplexed, because it was said by some that John had risen from the dead, and by some that Elijah had appeared, and by others that one of the prophets of old had risen again. Herod said, “I myself had John beheaded; but who is this man about whom I hear such things?” And he kept trying to see Him.

Today we see Herod having a case of severe Shakespearean guilt and worrying that the freshly-beheaded John the Baptist is back to haunt him.  John's killing is relatively recent ~ still very fresh in his memory ~ and now there's another man talking exactly the way John did.  And performing miracles to strengthen His message to boot!

This was new; John never performed a single miracle during his ministry.  So Herod is hearing about a man who talks exactly like John talked and is ALSO performing amazing miracles, so his guilty conscience and paranoia about losing his "kingdom" have driven him to the conclusion that it must be John back to haunt him, and because he's risen from the dead, he's now been endowed with supernatural power.

The passage says Herod "kept trying to see him" and my tendency has always been to believe he wanted to see these great miracles Jesus was doing for himself.  But if we look a little further in Luke's Gospel, we realize he didn't care at all about the spectacle.  Herod wanted to kill whoever this was.  Whether it was John the Baptist resurrected or some other man who would publicly point out his sin and need for repentance ~ and even worse, preaching a Kingdom that threatened his ~ he wanted to put a permanent stop to it.


If you want to find the real Jesus, read Matthew, Mark, Luke, John, you'll find Him because John at the end of His gospel, which is the last of the four, sums up the purpose for all four gospels with these words, John 20:31, "But these have been written that you may believe that Jesus is the Christ, the Son of the God, and that believing you may have life in His name." That's the whole point. He is the Son of God, the Messiah. And if you believe in Him, you will receive eternal life.

But finding the right answer depends on asking the right question with the right attitude.  The disciples asked themselves the question over and over wanting to know the right answer, to understand why Jesus could make the claims He did, why they could place their faith in Him.  They eagerly sought Him to learn from Him, to KNOW Him.  Herod asked the question not really wanting an answer.  He solely sought physical audience with Jesus for the express purpose of killing Him. 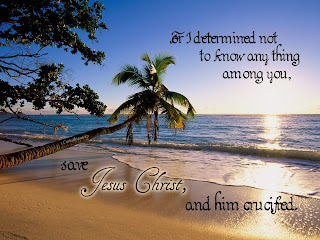 And so it is with anyone asking the question.  Whether or not they find Him will depend on their heart-attitude in seeking Him.

AMEN!!!...though I often find it difficult to be in the right attitude to spend good, quality time with Jesus. So many distractions, a crazy life schedule. I guess it comes down to making a choice, too, about making and taking time to get into the right mindset. Good post, Tammi!!!

It always comes down to the heart, doesn't it?