And He led them out as far as Bethany, and He lifted up His hands and blessed them. While He was blessing them, He parted from them and was carried up into heaven. And they, after worshiping Him, returned to Jerusalem with great joy, and were continually in the temple praising God.

Okay, so here we are at the last paragraph in the Book of Luke.  After only eight months!  ;)

MacArthur delivered the final sermon in his ten-year study of the Gospel of Luke four days before Christmas, and makes an interesting observation about traditional celebrations:  At our time of birth, when the big celebrations are generally thrown, nothing has been accomplished yet.  It makes far more sense to throw the celebration at the time of death, because that's when we know what that person has accomplished.  There is nothing notable or of any lasting value worth celebrating at the time of someone's birth, and yet we make a pretty big deal of it.  Jesus' birth is the ONLY birth in human history where the lifetime achievements were already recorded BEFORE He was born and so it was highly appropriate that His arrival in the stable, His actual birth, was celebrated.

But His ascension is generally passed over.  Despite a life that fulfilled ancient prophecy and displayed the heart of God for mankind to plainly see, we don't throw the celebration at the end of His life, despite the fact that even His "end" is completely extraordinary.  Interestingly, Luke is the only writer who records the ascension, and maybe it's because it doesn't get the attention and detail that His birth and death do, that we tend to think of it as an aside.  MacArthur argues it should get every bit the celebration Christmas and Easter offer.

The significance of the ascension, he says, is eleven-fold:


He is exalted by His ascension, crowned as Lord. He sends the Holy Spirit. He begins to prepare our eternal home. He takes the headship of the church. He defeats Satan. He passes evangelism and ministry to His followers. He begins the blessed work of intercession on behalf of His people and stands ready to return in God's perfect time.

Yes, in the words of Paul to the Corinthians, “He who is rich became poor, divesting Himself of all heaven's riches that we through His poverty might be made rich.” So as we come to Christmas this year, maybe we could go on to the end of the story, get pass the beginning and reflect on everything that He accomplished.

And thus we conclude Luke's Gospel, and take a short break for the holiday.  Have a very merry Christmas, everyone, and we'll see you back here on Friday!! 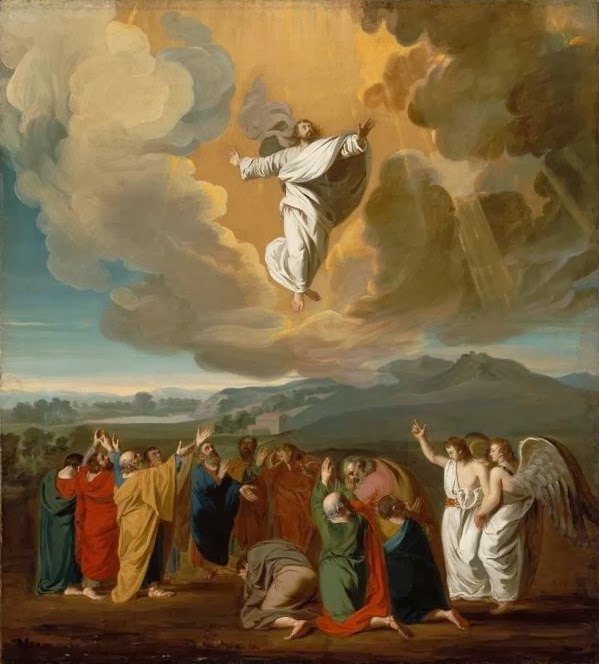 That is important indeed!