The Parable of the Ten Minas

11 As they heard these things, he proceeded to tell a parable, because he was near to Jerusalem, and because they supposed that the kingdom of God was to appear immediately. 12 He said therefore, “A nobleman went into a far country to receive for himself a kingdom and then return. 13 Calling ten of his servants, he gave them ten minas, and said to them, ‘Engage in business until I come.’ 14 But his citizens hated him and sent a delegation after him, saying, ‘We do not want this man to reign over us.’ 15 When he returned, having received the kingdom, he ordered these servants to whom he had given the money to be called to him, that he might know what they had gained by doing business. 16 The first came before him, saying, ‘Lord, your mina has made ten minas more.’ 17 And he said to him, ‘Well done, good servant! Because you have been faithful in a very little, you shall have authority over ten cities.’ 18 And the second came, saying, ‘Lord, your mina has made five minas.’ 19 And he said to him, ‘And you are to be over five cities.’ 20 Then another came, saying, ‘Lord, here is your mina, which I kept laid away in a handkerchief; 21 for I was afraid of you, because you are a severe man. You take what you did not deposit, and reap what you did not sow.’ 22 He said to him, ‘I will condemn you with your own words, you wicked servant! You knew that I was a severe man, taking what I did not deposit and reaping what I did not sow? 23 Why then did you not put my money in the bank, and at my coming I might have collected it with interest?’ 24 And he said to those who stood by, ‘Take the mina from him, and give it to the one who has the ten minas.’ 25 And they said to him, ‘Lord, he has ten minas!’26 ‘I tell you that to everyone who has, more will be given, but from the one who has not, even what he has will be taken away. 27 But as for these enemies of mine, who did not want me to reign over them, bring them here and slaughter them before me.’”

So today we have Jesus telling a rather strange parable.  At least, it seems a little strange at first glance.  To me it always does, anyway.  But man, there are SO MANY AMAZING THINGS crammed into these verses!!  Short of copying and pasting MacArthur's entire sermon, I'm not sure it will be possible to touch on each bit of significance without making this post far too long.

What is compelling about this story, reminds MacArthur, is that we're in it.  Every single one of us.  "There are only three possibilities. You are either a true servant of the nobleman. You are a false servant of the nobleman. Or you are his enemy. There are no other categories. It is again one of those amazing illustrations that Jesus invents that is comprehensive and embraces all of humanity."

Basically, Jesus begins with the story of Archelaus, who was the current ruler of Judea at that time, but carries it into analogy after a point.  Archelaus, a son of Herod the Great, in keeping with Roman custom, had to travel to Rome to be officially named king of a region or territory, even if it was inherited from a relative, as was the case here. But when he went, a delegation of Jews also went and protested his coronation because he was a horrible, hated ruler.  They were ineffective in their petition, and he became their Caesar-sanctioned king anyway, but it fortuitously serves Jesus' purpose in His illustration.

Jesus is, of course, referring to Himself as the nobleman here.  And there are those who are His enemies, who don't want Him to rule.  He rules anyway, as we know.  God is sovereign over non-believers just as He is over believers.  All humanity is under His rule whether we like it, know it, acknowledge it, or not.  By creation, God OWNS us.  But as we know, there are many who hate Him and deny His right to rule. This is precisely why so many are desperately attempting to prove creation is merely mythology.


I just have to insert an interesting aside here. (at least, I found it really interesting!!)  In talking about these citizens who hated the ruler, MacArthur makes this observation:

And by the way, nothing in the [parable] indicates that they had any reason to hate the nobleman. This is where the story departs from [Jewish] history. So they hated the nobleman in the story for no reason.  This is reminiscent of John 15:25, "They hated Me without a cause," Jesus said. They hated Me for no reason. Their attitude toward Archelaus was reasonable. Their attitude toward Jesus was blasphemous...

The Jews of an earlier generation did not want Archelaus to reign over them, he slaughtered them, three thousand of them [in an initial, inaugural display of power]. The Jews of Jesus' generation didn't want him to reign over them, though on the first day of the church when He sent His Holy Spirit He gave three thousand of them eternal life. They hated Him without a cause. They hated Him without a reason."

What a stark contrast between Jesus and Archelaus!  Didja catch the numbers?  I found that kind of cool.

Anyway, movin' right along here...  Next we are introduced to the faithful servants, the ones who loved their master, the ones who cared about the responsibilities he'd given them.  Devotion motivated these servants.  And they were quite lavishly rewarded for their efforts.

Then we see those who claim to serve Him, but don't honour Him with their lives or what He's entrusted them with.  Even the most foolish of Jesus' listeners would have known that if the third servant had cared at all about at least protecting the money he was given, he would have buried it to keep it safe.  This guy in the parable didn't even do that.  He wrapped it in a handkerchief and left it in a corner somewhere.  It could easily have been stolen.  Pure indifference is what motivated this servant.  He couldn't have cared less about his responsibility while his master was gone.  And he was justly stripped of any fellowship with his master.  He becomes an eternal waste, worthless in the kingdom.

When the master in the story gives the unfaithful servant's gift to the first servant, the onlookers ~ possibly the other servants who aren't really talked about other than in the beginning of the story when the master is equally dividing up his money ~ kind of protest and say, "He already has ten!"  MacArthur points out this is a picture of what our response often is to grace. Isn't it so characteristic of human nature to protest when someone else gets more than we think is necessary or deserved?  We so often forget that we didn't deserve the initial "mina" we all got in the beginning of the story either.  But that's exactly how grace works.

Lastly, the dissenting citizens from earlier in the story re-enter.  Not much is said.  Not much really needs to be said.  The master has them brought into his presence and executed.  Where Archelaus was hated because he unjustly, randomly slaughtered thousands of Jews, the returning King of Kings, Jesus Christ, will dispose of those who blasphemed against Him, hating Him simply because He claimed a right to their love, worship, and service, as His creation.

So there you have it ~ a story illustrating the three categories in which all of humanity fits:  the faithful, the false, and the foes.  And a sovereign God who owns them all and who is returning one day to sort them all out. 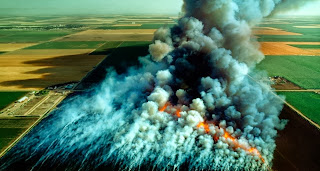 Wow - that is amazing. LOVE the number thing there, very cool. God works in all kinds of details, doesn't He?

Faithful, false, and foe - that's it in a nutshell for sure.

I missed that sermon, but you're making me want to find time to listen to it now!